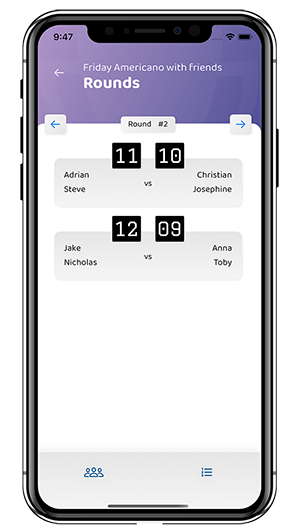 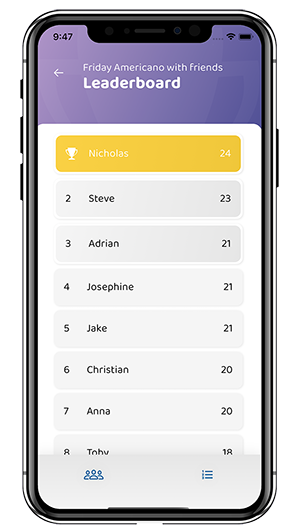 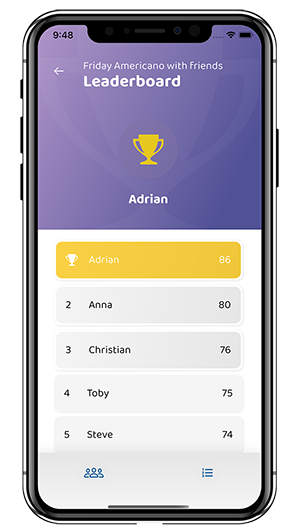 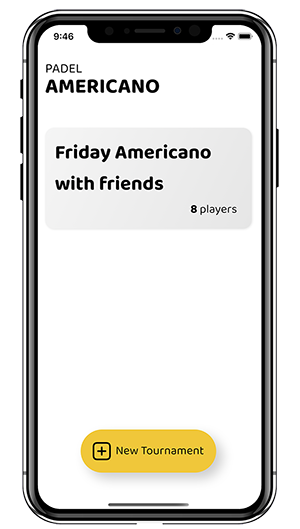 Did you try to play Americano with your Padel-friends? It's awesome!

This app will help you to organize your Americano tournament.
You just have to enter some basic information like the player names, how many courts you are playing on and how many points you are playing from. The app fixes the rest. All matches are set up for all the rounds necessary for all players to play together with everyone.

How to play Americano Padel?

The basis of an Americano is that the teams are drawn for each match and the tournament is finished when everyone has played with everyone. Each match is played for a certain number of points, eg 32 points. Each team serves in that case 4 times, then the serve goes over to the opponent. Each ball won gives one point to the winning team. When you have played 32 balls, you fill in each team's result and this result is transferred to the individual player. Example: Team A with player 1 and player 2 meets team B with player 3 and player 4. If team A wins by 17-15, player 1 and player 2 get 17 points each and player 3 and player 4 get 15 points each.

When all matches have been played, the player with the most points wins.

How many do you have to be to play Padel Americano?

To play Americano Padel you must be at least 4 participants. Then you can be as many as you like. However, it is always best to have an evenly divisible number of participants by 4. And then have a matching number of courts available.
If you are, for example, 5 players, one player must stand over each round.
For the best structure in the competition, you must therefore be 4 * an even number of courts (or 1).

The app works great for an odd number of participants, eg 5 players, or 9 players on 2 courts or whatever you want, however, it is clearly the best structure (no one needs to stand over and everyone can play with everyone) when running the following variants